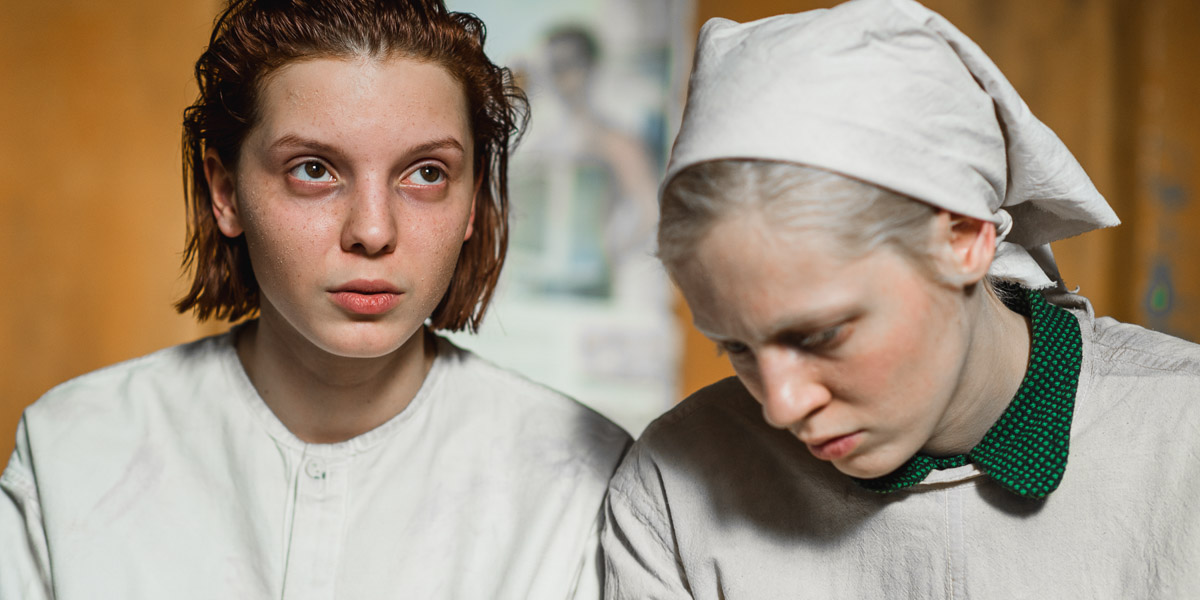 It's 1945, and Leningrad lies in ruins, wartorn and paralyzed. Iya (Viktoria Miroshnichenko), a nurse, and Masha (Vasilisa Perelygina), a soldier, are traumatized from the siege and its aftermath, and struggling to rebuild their lives. The Russian title of Kantemir Balagov's Beanpole, "Dylda," suggests an awkwardness and lack of grace that is mirrored in the setting's bombed-out streets, smashed tenements, and hospitals full of limbless veterans — and in its hapless yet tenacious protagonists.

"The film is an improbably thrilling work of art by virtue of its physical beauty and its relentless intensity of feeling about people who would prefer in their heart of shattered hearts to feel nothing." -Joe Morgenstern, Wall Street Journal